Close Combat The Bloody First — continues the eponymous series of real-time strategies. This time, under your command, the first infantry division called the «Big Red Unit» will be allocated, which took part in the hostilities of the Second World War. The game is divided into three main campaigns, including a visit to the beaches of Omaha, whose sand has turned brown from the liters of blood spilled here, the conquest of the Sicilian mountains, which are distinguished by high temperature and the landing in Tunisia. Any battle on one of the presented maps will turn into an indescribable sight thanks to use of 3D Archon engine. 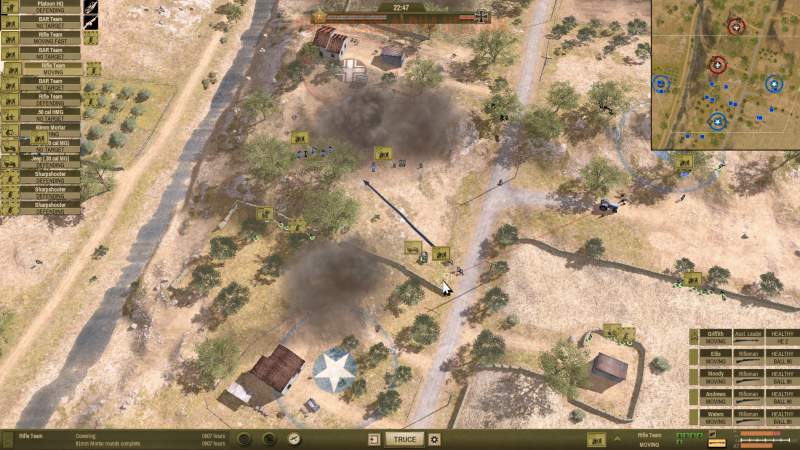